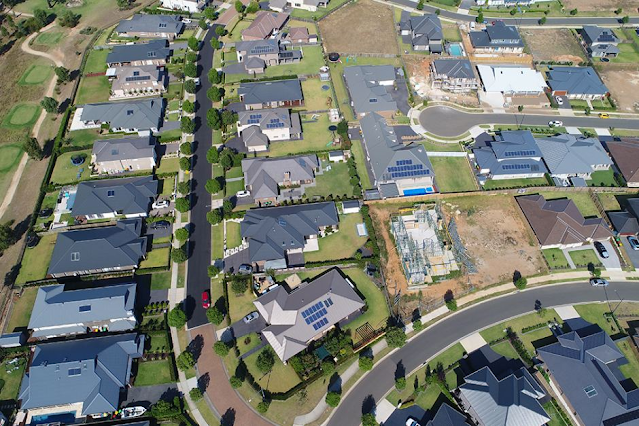 Wilton housing estate, western Sydney ( ABC Illawarra ) Recently on Twitter I came across a post  about the NSW Planning Minister’s announcement banning dark roofing for detached houses in fringe housing estates to minimise the heat island effect. Scrolling down the comments, I noticed one by the Sydney Morning Herald’s anti-suburban architecture critic, Elizabeth Farrelly. “It’s ludicrous that this greenfield sprawl is still being approved in Sydney”, she wrote. Having just read a  column of hers slamming the proposed high-rise tower complex for inner-city Pyrmont’s Fish Market site, it was amusing to see her bash the other end of the spectrum. Where would Farrelly have people live? Proposed Fish Market site development, Pyrmont-Blackwattle Bay ( Infrastructure NSW ) I knew, in fact, that she quests for the holy grail of urbanists everywhere, medium-density or the so-called “missing middle”. Since there is a body of commentary explaining why this form of development struggles to ma
1 comment
Read more

Freeways Lost On The Way to Sydney's Post-CBD 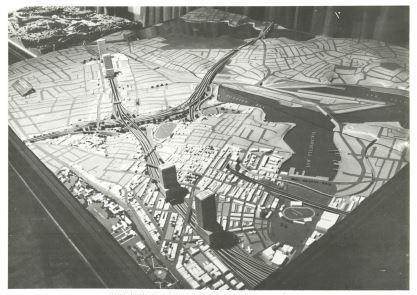 - John Muscat Model of Sydney's proposed North Western Expressway - it was never built If Twitter is any indication, the co-existence of freeways and CBDs or downtowns is a hot issue. Urban planning Twitter is full of laments, mostly from Americans, about the impact of freeways built since the 1950s on inner-city precincts. Many claim they were created with racist intentions, to destroy minority neighbourhoods or stifle their economic development. US Transportation Secretary Pete Buttigieg says “there is racism physically built” into some highways. It seems more likely the controversy relates to gentrification of the urban core and a new focus on lifestyle amenity over economic efficiency in transport infrastructure. In the United States, where processes of inner-urban gentrification are a more recent development, the emphasis is on tearing down existing downtown freeways and blocking new ones. This has developed into a crusade and the tone of advocacy is militant. Accusations of
Post a Comment
Read more 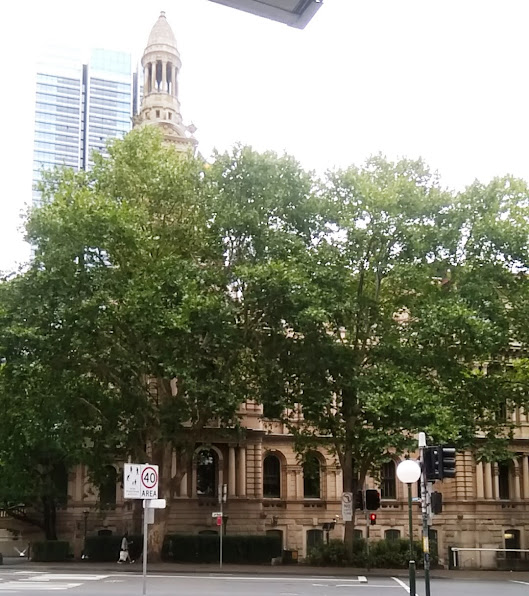 Sydney Town Hall: northern aspect In streetscaping a tree-line is generally thought be an absolute good, and the more trees the better. To a large extent trees do complement streets and buildings, enhancing their aesthetic and environmental amenity. They can also shade pedestrians from heat and the elements while absorbing gaseous pollutants. City of Sydney Council’s Street Tree Master Plan 2011 sets out the benefits of street trees in more detail. But sometimes there are competing interests. Trees that threaten the safety of people, structures or vehicles should of course be scaled back or uprooted. And sometimes they detract from the built environment. Appreciating fine architecture takes a sweeping glance at a building’s whole symmetry, balance, geometry and sense of proportion, which isn’t possible through a screen of dense foliage. There are numerous cases of this in Sydney CBD.     Despite some regrettable demolitions over the decades, Sydney still boasts some classic buildings
Post a Comment
Read more

On the Death of Australia's Jane Jacobs 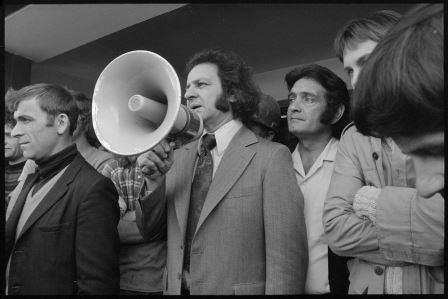 Jack Mundey with megaphone The life of trade union leader Jack Mundey , who died this week, is being celebrated across the Australian media. He undoubtedly had a long lasting impact on Sydney, but perhaps in ways most commentators fail to acknowledge. As secretary of the communist controlled NSW Builders Labourers’ Federation from 1968 to 1975, Mundey pioneered a boycott tactic which came to be known as ‘the green ban’. In short, if the union disapproved of a property development on heritage or environmental grounds, BLF members would be withheld from the site. The BLF’s share of the construction workforce was such that this type of strike effectively killed the project.   Mundey came on the scene at a crucial time in Sydney’s post-war history. Cost-efficient developments in transportation technology like motorisation, particularly trucking, and containerization ended the industrial sector’s need for proximity to maritime facilities, which had been the case since settlement,
Post a Comment
Read more